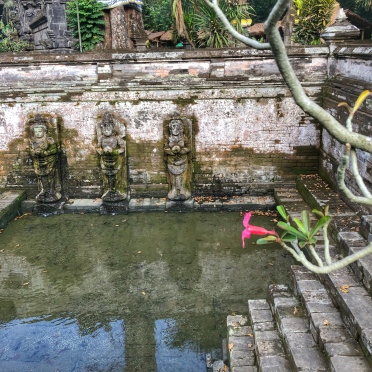 I’m not a very good tourist. I tend to either avoid the highly packaged “attractions” or else sneak in around the edges, on my own time, doing my own thing. I deeply respect the rights of the local people to keep us gawkers cordoned off, herded into manageable tours and treks that interfere as little as possible with their “normal” lives while still permitting them to earn income from our desire to gawk.

Don’t get me wrong, I like to see the historic and cultural “places of interest.” But I like to know what I’m seeing. All too often, what you get from tour guides is a watered-down (and occasionally downright fabricated) version of history and culture. Like pablum for babies, with lots of sugar.

I’m reminded of clearing my Uncle Bill’s bookshelves in San Antonio, Texas, after he passed. His partner, Ann, had owned the travel agency at Joske’s back in the latter half of the 20th century and my, how the two of them did travel! Uncle Bill’s books were not travel guides, however, but travelers’ memoirs and language books – Chinese, Korean, Greek, Italian, Spanish, Russian, French, etc. They always wanted to know at least a little of the language of their hosts. Sometimes they even took classes before the trip. I think “tours” have changed a lot since Ann was selling them at Joske’s. I also think Ann and Bill were not themselves tourists. They were interested and respectful guests.

Earlier this week I stopped in at a little shop in Ubud that sells locally crafted fabrics. The girl behind the counter seemed quite knowledgeable as she told me about the beautiful cloth she spread in front of me and how it was used in her village as protection against bad magic. She would sell it to me for a mere five million rupiah (~$350US). She seemed almost apologetic about the backwardness of her beliefs and offered some admiring words about the culture I come from. “But why do you think we come here?” I said. “It’s because we have to get away from the chaos and noise of our culture. We come here for beauty such as this.” And she smiled as tears glittered in her eyes.

One thought on “Guests & Tourists”