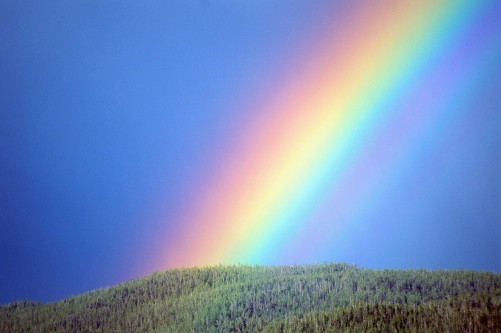 As I continue to read all the words flowing forth from both the wise and the foolish in the aftermath of Orlando, I keep pondering, “What can we do to prevent such a thing happening again?” Yes, we definitely need to do something about the ready availability of such powerful tools of death as were used in this instance. I applaud the efforts of the Senators (not mine – I’m from Texas) filibustering to compel their colleagues at long last into action. But we also need to do something about the hate that fueled this particular outrage – the hate directed against, as it’s often put, people who are “different”.

What does that word even mean these days? Different? Different from what? Just as humans don’t inhabit skins of a limited number of colors – black, brown, white, yellow – but instead come in a marvelous gradation of every color and combination, we also don’t come in only two genders. This realization shouldn’t come as a surprise; human cultures around the world have made room for these non-binary gradations in gender and sexuality for centuries.

In order to combat the hate coming from the stubborn gender dualists out there, we need a new and empowering alliance of all people who want to challenge such stifling gender definitions. We need to come together as LGBTQ folks and cis-gender feminists and men who are weary of the old macho mentality. We need to embrace one another as members of one incredibly diverse and beautiful array of human possibilities.

In a sense we’re all different. And all the same, all beautiful manifestations of exactly what it means to be human. We need each other in order to know, experience, and understand the full reach of our humanity.

Be the rainbow, y’all!