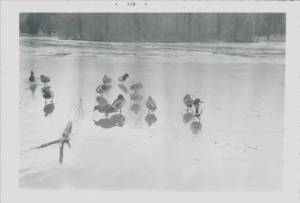 One of the icons of American journalism, Ben Bradlee, passed away yesterday at the age of 93. Bradlee’s name will be forever associated with the Watergate scandal; as executive editor of the Washington Post at that time, he made key decisions that brought the scandal to light.
In early summer of 1970, with my fresh BA in political science from SMU in hand, I reported for my job interview at the Washington Post. My recollection is only that I was interviewed by “the editor” of the Post. Whether it was Bradlee or a more junior editor, I honestly don’t recall. But I do know this: It was the damnedest interview I ever had. We sat in the editor’s private office and we chatted. I recall no probing questions, just the kind of friendly queries someone who really wants to get to know you would ask. I was relaxed and actually kind of enjoyed the whole experience.
It was only after I left his office that it hit me that this man now knew more about me than my own mother did. Whoever that editor was, he was a grand master of the art of interviewing.
Did I get the job? Not exactly. I did get a call in which it was suggested that perhaps I was still too “green” for the Post. I was instructed to report instead to the Roanoke Times and World News in Roanoke Virginia, one of the papers owned by the Post. It was a great gig, and I often wonder what would have become of me if I had stayed on the journalism career track rather than taking that sharp turn into anthropology.

(NOTE: The photo above is one I took in rural Virginia while working for the Roanoke Times.)