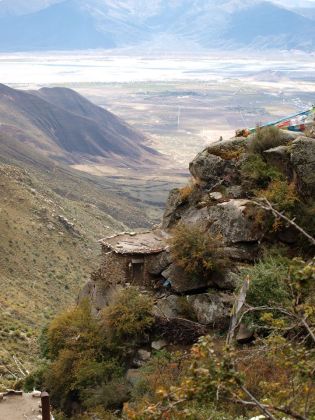 The population of planet Earth is currently around 7.53 billion humans. The loss of a few million to COVID19 won’t make much of a dent in that. But if one or more of that few million happens to be someone you love or someone who could have made a difference for a whole bunch of other people either through literally saving lives (because they’re a doctor) or through thinking us into a better way of being together (once we’re allowed to be together again), the loss is magnified many times over.

I’m scared to leave the house because I really, really don’t want to catch this virus. I’m 71 years old and prone to annual bouts of allergies that haven’t been kind to my lungs. If I got COVID19 and had to be hospitalized in the midst of high demand for ventilators, would I be one of the ones shunted aside as too old to qualify? I just found out yesterday that about half of COVID19 patients who are put on ventilators die anyway. I found out today that about 20% of patients exhibit neurological impairment. What if I became too disoriented to call 911?

I’m scared for my son and my daughter and their spouses and my grandchildren and my sister who is older than me and her family and all of my elderly friends who have so much living still to do. I don’t want any of them to get sick. Hell, I don’t want anyone to get sick, but that doesn’t seem to be a realistic aspiration under the circumstances.

I’m scared for our future (and this gets back to the kids and grandkids again). How long will the economic pain last and will we have the courage to change some things that we can now see need to be changed, especially in case anything like this ever happens again? And it will happen again. Viruses are sneaky bastards that only behave in terms of their own survival and propagation. (Don’t be like a virus…)

I try to be positive. Really I do, but I can’t just turn off the news, because not knowing what’s going on makes me even more stressed out and anxious. Or guilty for feeling upbeat when there’s so much disaster out there.

I try to imagine myself in the picture above, high on a mountainside in central Tibet in a snug cabin, all alone by choice, with people bringing me food and drink every few days…

I’m actually in my urban condo. Alone. Not by choice. The traffic on the street has grown quieter. The food delivery people bring me groceries. I’m still reasonably healthy. I have a secure income. I have a place to live and plenty of supplies and conveniences at the ready. I have internet and friends and family and we check in with one another regularly.

But I’m worried. I’m worried about me and about you. And sometimes I’m scared.