“Pettifoggery” is the word that floated into my consciousness as I perused the morning’s news about the whistleblower, especially a story about a phone call between the occupant of the oval office and Speaker of the House Nancy Pelosi.

HIM: “Hey, can we do something about this whistleblower complaint, can we work something out?”

HER : “Yes, you can tell your people to obey the law.”

In his world, everything is—always has been—negotiable, and he keeps a coterie of loyal lawyers close at hand to facilitate negotiations.

So many in our business and lawyering communities live—have always lived—in a world where everything is negotiable. Spinnable. Obeying “the law” is not a concept they understand as most citizens do. For them, “the law” is a set of pliable parameters that they fiddle with to the benefit of their clients and personal bottom line. Businesspersons congratulate themselves for finding clever ways of circumventing tax laws and government regulations of all kinds. Lawyers (okay, “not all lawyers”; got it) care little for determinations of actual culpability or liability. Blame is their game. If you can’t prove your client innocent, just sow doubts about the reliability of witnesses who say he’s guilty. Spin it and spin it and spin it again until we’re all so dizzy we just want to get off the ride.

Sadly, we live in a world where pettifoggers rule. Unless we can bring them back into the clarity of arcane concepts such as “obey the law.” 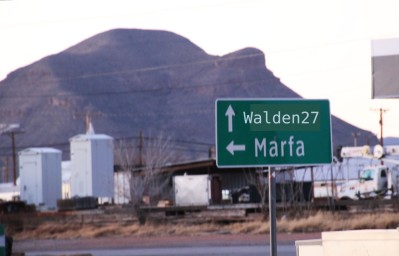 Reading in today’s news that the ancient Syrian city of Palmyra has changed hands once again in the ongoing civil war, I was reminded of the following passage from the second volume of Recall Chronicles – Shadow of the Hare. This scene takes place during the years that protagonist Malia Poole spent at Walden 27, a simplicity community in west Texas, near Marfa.

“I have to make a run to Palmyra day after tomorrow,” Walter told me one Thursday evening when I’d joined him and his house family for supper. “Do you reckon you’d want to come along?”

Because of Walter’s familiarity with the region, he was occasionally set tarea of running errands such as this one to the Book Community known as Palmyra, with which Walden 27 maintained an arrangement of mutual support. He’d told me that Palmyra lay to the southwest and … operated as a sufficiency community.

“Tell me more about this place we’re headed to,” I said. “Palmyra. All I know so far is that it’s a Book Community. Where exactly is it located?”

“What? You didn’t tell me we’d have to cross an international border. I don’t think I have documents for that.”

“Relax.” Walter chuckled. “Not all borders are the same. Besides, Mexico doesn’t really claim Palmyra anymore. It’s kind of a no-man’s-land. No worries.”

“Palmyra is down near Presidio, just north of Ojinaga. Real pretty area, where the Rio Conchos joins up with the Rio Grande. Daddy told me that the town started off around maybe 2017 as a detention center for Muslim immigrants, mostly from Syria. There were also some native-born Americans who happened to be Muslim who got thrown into the mix for reasons that most people don’t seem to remember. Anyway, when Texas went independent in 2020, they kind of forgot about this particular detention center—some people say it was on purpose—and it got left in the hands of its corporate managers. And then the rivers changed course in the big floods a few years later and the corporation folks just up and left. Abandoned it. The upshot is that what was once a detention center became an independent community. The original Muslim residents took in some dissident Catholics from Central America and then, a little later, some Jewish refugees from Israel. It was one of the earliest Book Communities, making peace among all the children of Abraham, as they say. Population’s around five thousand or thereabouts now.”

READ MORE in Shadow of the Hare, available on Amazon.